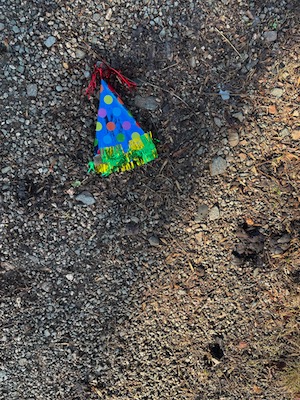 Rejected! But the Party’s Not Over.

Thank you for allowing us to consider your work. Though we find we are unable to use it…

We regret to inform you that we will not be able to offer you an interview.

We are unable to publish…

Rejection. Is it failure? Rejection is a kind of failure although not all failures are rejections by a long shot. Sometimes rejection is even a kind of victory.

All writers receive a great many more rejections than acceptances. It is a constant for us although on social media you will only see our successes, which creates an unhealthy illusion of flawlessness. We secretly wonder if we get more rejections than our peers. We fear that silence is rejection. We wonder how much rejection we can bear before quitting and getting a job at a bagel shop. The most self-hating part of ourselves whispers in our ears: you are unable.

There are good rejections and bad ones. The good ones offer a word of encouragement, explain that your story didn’t fit the theme of their next issue, maybe invite you to submit something in the future. The bad ones leave you breathless from their coldness, impersonality, and not infrequent (and yet still surprising) demonstrations of bad writing.  You read them, storm out of your office, slam the back door and sit out on your porch, fuming, on fire. Again.

There are plenty of reasons for issuing a rejection, but there is no excuse for rude or badly-written ones. Publications who simply never respond, well, I have no words for you. But to those who take seriously the unpleasant job of turning people down for publishing, representation, a fellowship, or an academic position, it would serve you to keep in mind that you’re corresponding with another human. Use spell-check or ask your intern to use spell-check, for heaven’s sake. Offer a grain of comfort. Most of all, take responsibility. For when you invoke a pretend inability…we are unable…you demonstrate cowardice, which hurts us more. You are not unable, you just don’t want to. Own it.

I found out this week that I will not be a 2023 Translator in Residence at Great Ivy University (obviously not its real name). They told me so in an automated email that they were unable to offer me an interview. I will let my generous colleagues who agreed to be my references know later. For now, I just want to sit alone with my disappointment and my bruised ego. As I said, writers and translators get a lot more no’s than yeses, but I really wanted this. I wanted the academic stamp of approval on my nearly 30 years of work in Hispanic letters and culture. I wanted to spend concentrated time on a book I’m translating. I wanted to hang out for a semester with accomplished colleagues in a town I know well and like. Finally, I wanted to live a little closer for a few weeks to my mother who is undergoing some health challenges. Oh well.

The worst part is that, this time, it wasn’t a story, essay, or translation they were rejecting. It was my entire career and they didn’t even want to talk to me. Yes, I know: universities are hella political places but still, it felt personal this time. This made their pretended inability to summon an interest in me feel even worse.

My friend K. is an immigrant and a successful novelist and her intensity sometimes terrifies me. She lives in Manhattan, of course. Where else would such a person live but the biggest, toughest, the most competitive city in the world? She does everything ferociously: running, writing, climbing mountains, mothering, yoga (yes, ferocious yoga), etcetera etcetera. Once she tweeted something like: When they say no, I move on. No’s, she declared, are evidence that they don’t get it, they don’t get me, and they are therefore disqualified. K. rejects the rejectors. Bravo! Ah, to be so fierce.

After I received Great Ivy’s rejection, I spent a sleepless, unhappy night. That automated email was eating at my mind like a wriggling nest of worms.

My husband found me sprawled on the couch in the morning and I unburdened myself to him. He shook his head. I don’t know how you do it, he said, I couldn’t. I relaxed into his hug and, sleep-deprived, somehow I managed to do my morning meditation. Then, before my first appointment, I declared out loud to the four walls of my study that I was glad I had applied anyway. Yes, glad! Because to even present myself to Great Ivy was a declaration of faith in myself and my value. For one sweet minute, I believed I had a real shot to join a team of accomplished academics at one of the most respected universities in the world. It is they who have missed out, I stated to myself and my bookshelves, not me. And it sounded true.

Later, I received a follow-up email from the Director of the Program at Great Ivy. Her decency and sincerity flowed off the digital page. I suspect she had read the canned email sent out in the name of her program and thought, we sound like real assholes. Two rejections from the same program in 24 hours. Wow.

It’s late. I’m tired. Tomorrow? I will try again. Because not quitting is my superpower. Suddenly I am feeling just a little bit fierce.